There will be an all-day comedy event called Dr Penny's Cabinet of Curiosities held at Mozarts in Swansea on Saturday on January 16th, 2016.

It will feature 7 comedy shows in all.
The talented and original acts are coming from various parts of the UK to be with us. Shows are all free, but acts will be taking donations at the end of each show, to cover travel costs.
This one-off, exciting event will also feature live music during interludes.
Here is a list of the acts, some info about them and the times their shows will be starting... 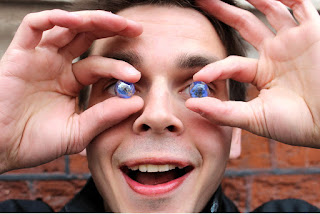 Back in Swansea by popular demand is award-winning idiot Joz Norris (of the Chortle Award-nominated Weirdos Collective, and Honorary Board Member of the Alternative Comedy Memorial Society). A charming and compelling performer, Joz is a delight to watch and he will entertain you in his own special way!

"A born entertainer and a great comedy writer." Chortle 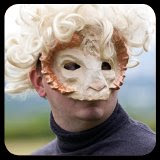 From Bolton,  Lancashire, Cassie can be found on the comedy circuit as a character comedian and was 2nd in The Bolton Octagon's Comedy Club competition, as well as a finalist in the Garetht Morinan Alternative Act of the Year.
She also runs a comedy night in London.
Cassie has been acting for several years, having worked in theatre and television her credits include the National Theatre, ITV and E4.

As seen on BBC 3, Ben is a very interesting alternative comedian who won the Leicester Mercury Comedian of the Year in 2011 and has also been nominated for the Fosters Comedy Best Newcomer Award.
He has been gaining a cult following on the UK circuit since 2010. His shows are well known for being surreal, absurd and different - often utilising storytelling and props to punctuate his narratives.
Target is a regular performer at some of the most prestigious alternative comedy clubs in the UK, including ACMS, Weirdos and The Invisible Dot.

The award-nominated Eleanor Morton comes to Swansea for the first time to share her wonderfully crafted comedy with us.
Expect rambling nonsense, a séance and a general feeling of absurdist unease.
As heard on Radio4 Extra.

"A definite star in the making" One4Review

Warning Swansea!! This show is strictly for aficionados of weird and surreal material. Michael Brunström presents an hour of absurdist alternative comedy stunts and skits.
Winner of the increasingly prestigious Malcolm Hardee Award for Comic Originality 2015 (nominated 2014).
Winner of the Gareth Morinan Alternative New Act of the Year Competition 2013.

"A proper weirdo" Time Out 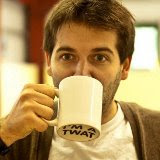 Founder of  the award- nominated Weirdos Comedy Club, Adam's performances are absurd, silly and extremely entertaining.
Always coming up with fun, original ideas, Adam has been behind many innovative comedy shows and ventures in London, Edinburgh, Leicester and more!
Swansea -  this is not one to miss... come and see a true comedy genius (his own words!) at work.

"Stubbornly divorced from any conventional idea of success." Fest

"Isn't something that would fit into a normal comedy club" The Skinny
Posted by Siwan Haf at 11:11