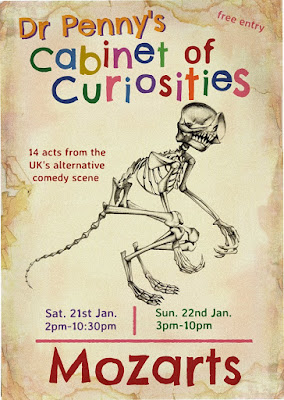 Hi folks! Yes, it's official; there will be a second Dr Penny's Cabinet of Curiosities Comedy Festival happening in Swansea in January 2017.

It will once again take place at Mozarts on Walter Road, but this time it is set to be bigger and better than ever as it will be on for TWO DAYS!!

The dates of the festival are Saturday 21st and Sunday 22nd of January, 2017 and it will be packed full of some of the best comedians on the alternative-side of the UK comedy circuit. The acts are coming with their brand new ideas and are hoping to start forming their shows for 2017 with YOUR help as a lovely audience.

You can come in and out as you please to watch the different shows that will be on throughout the day and night... it is free to enter and we will be taking donations of whatever you want at the end of each show to go towards the acts' travel and accommodation expenses.

DOORS OPEN HALF AN HOUR BEFORE THE FIRST SHOW TIME!!

Here is a quick-view of the line-up and below are more details about the acts and what shows they will be bringing to Swansea this year. 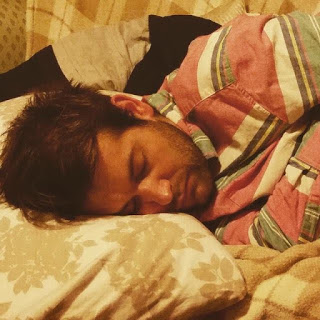 
"Nothing is a waste of time if you use the experience wisely." Rodin

Adam is a fantastic performer whose work is noted for its ‘lunacy’ and uncompromising anarchy that often defies description (thanks Wikipedia!). I think he is a great innovator and has done wonders for the alternative comedy scene in the . 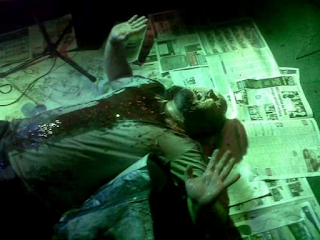 Blurb:
Mark Dean Quinn has a background in art and is a very inventive act. His performances tend to be quite low-key and deadpan. Over the years Quinn has been compared to the legendary Andy Kaufman in reviews of his shows. He does tend to split audiences and will almost certainly evoke strong reactions! 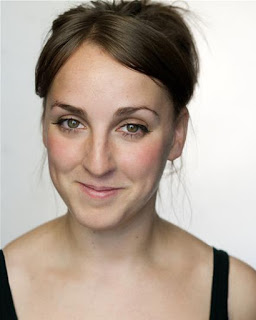 
Blurb:
"Traditionally, unmarried girls were sent into the veg garden to choose the 'perfect' cabbage." (Anon)
Lucy Pearman brings us a charming and playful 30 minutes about a maid looking for the perfect cabbage. Bonkers storytelling with a heart... Expect plenty of silliness and a talking cabbage!


'Brilliantly playful...marks Lucy out as something rather special'
Laugh Out 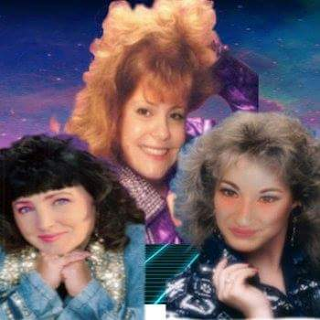 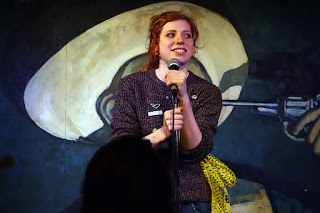 Blurb:
Eleanor’s notable gigs include supporting Josie Long in 2012 and Tony Law in 2014.

Recently she supported Stewart Francis on his Pun Gent tour, and Frankie Boyle on his Hurt Like You’ve never Been Loved tour.


Eleanor has written for The BBC programmes ‘What’s Funny About The Referendum?’ and SKETCHLAND, and appeared on BBC Scotland’s ‘Scots Squad’ and the BBC’s online ‘Room To Write’. She has also been a panelist and writer on Radio Scotland’s ‘Breaking The News’, and appeared on Radio 4 and Radio 4 Extra. In 2016 she returned to The Stand Comedy Club for her third solo show at The Fringe ‘Happy Birthday Katie Lewis’ 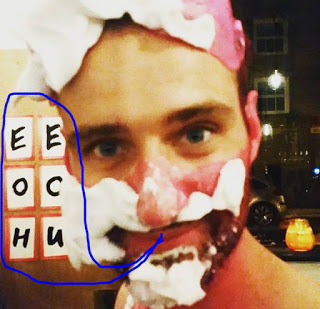 Ben is a fascinating performer who is very engaging and always has interesting ideas. Watching Ben is always an experience which leaves a lasting effect on me. 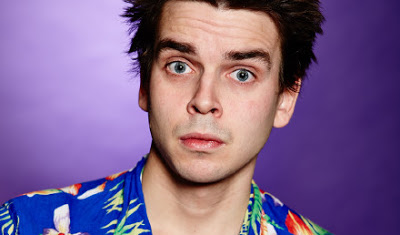 
Blurb:
‘Performing is a way of totally removing yourself from a crowd by ensuring all their attention is focused on you; I think that’s interesting.’ Says Joz, who has been seen/heard on BBC Radio 4, ITV2, Channel 4 and Dave.

Come watch this fascinating and lovable performer do his thing for us once again in .


'Fastidiously avoids boring or obvious choices and excels at being unselfconsciously daft.'  TVBomb 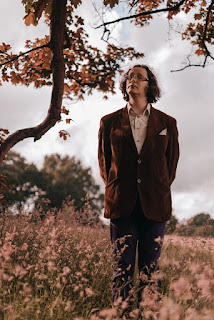 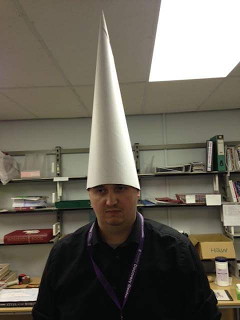 Blurb:
"If I did a story time in a library it would go something like this…” Says Phil.

Having seen Jarvis' previous work, I would expect this offering to be pretty bizarre and bonkers with somewhat of an intellectual undertone. Phil and his fellow players tend to relate to both highbrow and lowbrow culture and provide us with a modern-day Brechtian experience…or he might just do a poo on the stage and leave! ;-) 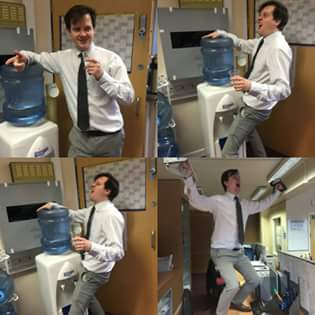 Andy is a compelling performer. He’s a clever guy with interesting and funny material, which in the past has included poetry and a glimpse at his tortured soul. Andy Barr is open everyone – mine’s a pint of ale please! 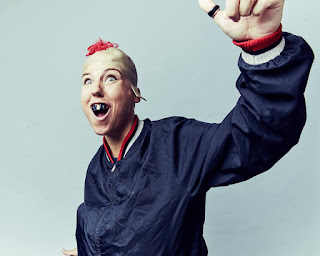 
Marny Godden is: One Tooth


Blurb:
Marny Godden is one of the most joyful and original voices in British comedy. Whether it be in her live shows or onscreen performances, her rag-tag collection of characters transport audiences into a playground of silliness and stupidity. In this her latest creation, a toothless punk beguiles the audience with tales from the tooth. 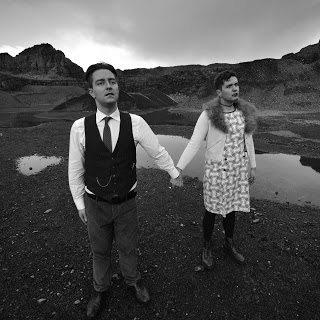 Blurb:
A darkly comic sketch-based double-act from ; The Death Hilarious are absolutely unique and original. Their cleverly written, side-splitting material (which does not shy away from the seamier side of life) is wonderfully brought alive by great acting and their willingness to give a hundred-and-ten percent to their performances. They present great comedy with delicious undertones of horror. The Death Hilarious took part in the BBC Radio New Comedy Award, 2016.

"Stop playing your weird music at all hours, it's putting these boys on edge!"  Mrs Chalmers, Neighbour, The Guardian (of three foster children). 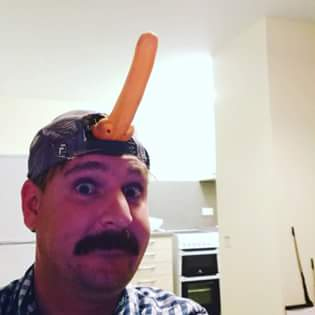 
Ali Brice's Sentimental Breakdown: a work in progress by a dickhead (see picture)!


He played the lead character of Graeme in the smash-hit live show Graeme of Thrones: a silly tribute to Game of Thrones, which toured the and . Ali is a member of the London-based alternative comedy collective Weirdos. He is currently working on projects in and we are very lucky that he shall be coming all the way to little old to grace us with his (rather awesome) presence!


‘Joyously bonkers ... the perfect level of exaggerated oddness without tipping into the self-indulgent’ **** Steve Bennett, Chortle


‘Completely bizarre... deadpan, yet totally off the wall’ **** ThreeWeeks


‘Like Vic and Bob, but noisier’ Laugh Out London 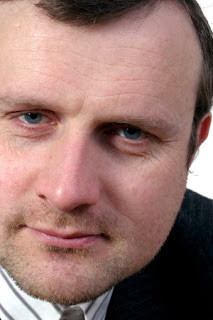 Blurb:
The legendary Noel James comes to finish the whole festival off with a bang for us! Very experienced and talented, Noel is guaranteed to make you laugh with his relentless silly jokes. He says of his act: ‘It is gag, gag, gag all the way – though some of it consists of non-baby-talk. Above all, my act is highly original; the guy who wrote it assured me of this!’


‘Liberates the lunatic side to our personalities - brilliantly!’  Time Out